◼ This week, the House GOP Lists $2.5 Trillion in Spending Cuts ...Moving aggressively to make good on election promises to slash the federal budget, the House GOP... unveiled an eye-popping plan to eliminate $2.5 trillion in spending over the next 10 years....

Here is the overview provided by the Republican Study Committee:

FY 2011 CR Amendment: Replace the spending levels in the FY 2011 continuing resolution (CR) with non-defense, non-homeland security, non-veterans spending at FY 2008 levels. The legislation will further prohibit any FY 2011 funding from being used to carry out any provision of the Democrat government takeover of health care, or to defend the health care law against any lawsuit challenging any provision of the act. $80 billion savings.

Paul Ryan to deliver State of the Union response

In a statement, Ryan said that delivering the GOP response is a "unique opportunity" and pledged to "work with the new House Majority to cut spending, reform government, and restore the foundations for growth and job creation."

Email ThisBlogThis!Share to TwitterShare to FacebookShare to Pinterest
Labels: Budget

"Everything that has been good in my life began here." That's what Ronald Reagan said of Eureka College, his alma matter, in a commencement address there in 1982. It was often repeated last Friday at the Reagan Centennial year's first academic conference, also held at this small liberal arts college in northwestern Illinois.

Eureka is a remarkable college. Now 157 years old, it was founded by abolitionists of the Church of Christ (Disciples of Christ) who held strong views about equality. It was the first college in Illinois and only the third in the nation to admit both men and women on an equal footing. To this day, it maintains an association with the church, but as its literature notes, welcomes students of all faiths.

Several times -- including Ronald Reagan's undergraduate years -- the college has been on the brink of insolvency, but was always pulled out by its loyal alumni and friends. Under the presidency of J. David Arnold, over the last six years the college has put itself on a sound financial footing and has grown to nearly 800 students (it was 230 when Reagan was there). The enthusiasm of students for their college is palpable and they are fascinated by the accomplishments of their most famous alumnus.

◼ WASHINGTON – Republican National Committee (RNC) Chairman Reince Priebus issued the following statement regarding the U.S. House of Representatives’ vote to repeal Obamacare:
“It’s hard to see how anyone can defend a piece of legislation that destroys jobs and was enacted despite the objections of the American people. President Obama’s government takeover of healthcare is a serious impediment to job creation and does nothing to control the rising cost of health coverage or improve care. Today’s vote to repeal this law is not only a vote to curb out of control government spending and grow our economy but also a vote to begin real healthcare reform that actually provides increased access and better quality care for patients. The American people have made it clear that they want their government to focus on job creation and deficit reduction, so it is my hope that Senate Majority Leader Harry Reid will give them a full hearing by bringing this legislation before the full Senate for an up or down vote.”

WASHINGTON -- The newly muscular House Republicans voted Wednesday to overturn President Obama's health care overhaul -- a move that is largely symbolic because the Democratic-controlled Senate is poised to ignore it while Obama is certain to veto it should it somehow pass through Congress.

Email ThisBlogThis!Share to TwitterShare to FacebookShare to Pinterest
Labels: HealthCare, In The News, National Issues

◼ Which countries match the GDP and population of America's states? The Economist 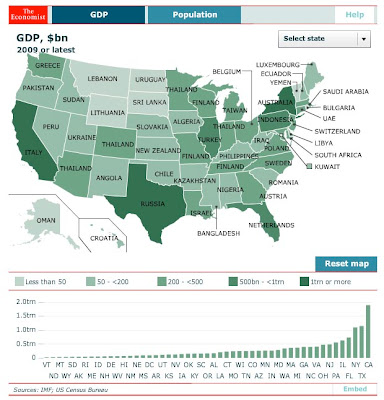