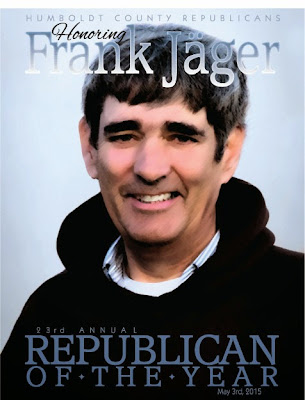 Invitations are in the mail. We’re honoring Frank Jäger for his years of service to the community, Sunday, May 3rd, 2015.

You’d be hard pressed to find anyone who has served this community in as many different capacities as Eureka Mayor Frank Jäger.

He's dedicated his entire life to public service, starting as Eureka's dogcatcher. He was a police oﬃcer for seventeen years, became a crime scene evidence technician, then a DA investigator. In 1992, he ran for City Council and won, serving two terms, before becoming County Coroner, a position he held for eleven years. He retired in 2008, and ran - successfully - for City Council again. In 2010, he was elected Mayor of Eureka.... 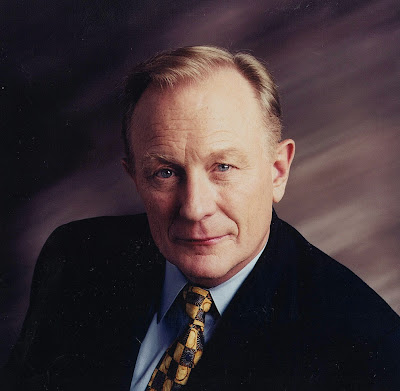 Meet one of the most interesting - and most effective - Republicans in California.

As California Republican Party Chairman, he was a co-founder of the Recall Davis movement. Along with Ted Costa, of Peoples Advocate, they were responsible for organizing the historic recall campaign against Governor Davis. The success of the Recall paved the way for Arnold Schwarzenegger's election as governor. His was the first signature on the recall petition. Steel and Ted Costa served Governor Davis with the Notice of Recall Petition.

Party leaders questioned the strategy of recalling Gray Davis, fearing it was too risky. At the CRP convention in February 2003 Steel convinced an overwhelming majority to endorse the Recall, thus turning the tide for the recall campaign. Shawn Steel's leadership and conservative principles helped spearhead the recall of a sitting California Governor.

You can pay for tickets ◼ HERE.