The Truth is Still in Business - We are not Censored by Liberal Social Media. 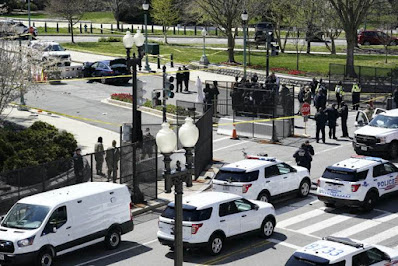 No motive has been established yet, but almost immediately after reports of the incident appeared on social media, the Left immediately started to blame Donald Trump and the Capitol riot in January for the incident.  Click Here to Read More

EXCLUSIVE: The man who rammed a car into Capitol Police, killing one, has been identified as Noah Green. Green was armed w/a large blade when he was shot dead. He identified as a follower of the black nationalist Nation of Islam movement.