#CPAC2021 Saturday: The doctrine of America First is here to stay...

"Let's always remember, America is good. Freedom is better than tyranny. We are unique. We are exceptional." Gov. @KristiNoem #CPAC2021 #AmericaUnCanceled pic.twitter.com/2nAhFRxTEY

CPAC Update: The Party of The People https://t.co/m8Fs9Cxh6F

CPAC 2021: This Year CPAC is All About Diversity, But the Left is Obsessed with White Supremacy https://t.co/we6nueZ9RH

"Rather than looking to the past to help improve our future, some are trying to wipe away the lessons of history." Gov. @KristiNoem #CPAC2021 #AmericaUnCanceled pic.twitter.com/AzIsBx53n1

It's clear Republican voters are looking for leaders willing to fight for them.

Those leaders must decide whom they want to fight in order to demonstrate their strength based on principle or where they think their voters are going.https://t.co/F84kyYTlSh

"The doctrine of America First is here to stay...

America First is now positioned to guide our country through the trials and tribulations of the next generation."pic.twitter.com/pLRU88hAQd

Top House Republicans laid out a vision for "winning back America" at @CPAC on Saturday.

"The least popular in our party are the ones who want to erase Donald Trump and Donald Trump supporters from our party."https://t.co/K7Hoi3dcF6

Time to #SupportHyatt for being inclusive against the idiot haters who think a stage shape is enough to claim that conservatives are Nazis.

Hyatt Hotels responds to calls for boycotts over hosting CPAC: 'We take pride in operating a highly inclusive environment' https://t.co/EVmNtTLK5X

"... impoverished American workers while enriching themselves. The one-word motto they came to live by was globalism ... freedom to structure commercial relationships and social enterprises without reference to the well-being of the particular society ..." “There is a good reason why lockdowns—quarantining those who are not sick — had never been previously employed as a public health measure. The leading members of a city, state, or nation do not imprison its own unless they mean to signal that they are imposing collective punishment on the population at large. It had never been used before as a public health measure because it is a widely recognized instrument of political repression.” A long read but well worth your time.

“In 403 BC the brutal regime of the Thirty Tyrants was followed by the Rule of the Five Hundred, which claimed to reintroduce Athenian democracy, but which indulged in its own postwar reprisals.” https://t.co/xM5IvI9qxI

The thing is everyone knows it. Everyone.

The thing is everyone knows it. Everyone. So when it becomes too obvious to hide, they will have to turn on each other. All pretend they were the good guy who wanted to say something but were kept quiet.

Great panel today with @elishakrauss, Adam Carolla and Richard Grenell about the state of California! RecallGavin2020.com

“I will definitely think about it.” —- @adamcarolla on running for governor of California once we recall Gavin Newsom. 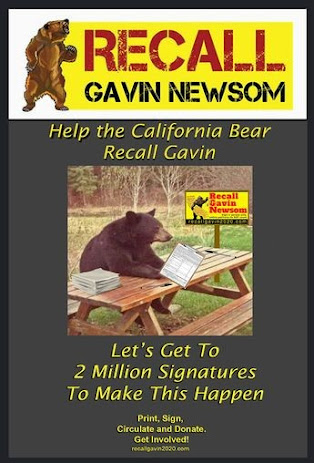 #CPAC2021 "Leave here tonight with your chest out proud...you are on the right side of everything"

"Leave here tonight with your chest out proud...you are on the right side of everything" @dbongino's closing message to the #CPAC2021 crowd. #AmericaUnCanceled pic.twitter.com/zxgj9BYGv1

"Talk is great, the do matters" @dbongino explains what conservatives need to do to win. #CPAC2021 #AmericaUnCanceled pic.twitter.com/5bnaEXFnm1

Matthew Whitaker sets out the case for free speech protections in the age of big tech and censorship. #1A #CPAC2021 #AmericaUncanceled @MattWhitaker46 pic.twitter.com/0DjZTKuT12

WATCH NOW: My speech LIVE from @CPAC with an Army of Whistleblowers! Tune in now! https://t.co/9mgm4aPjpc

GAETZ at CPAC: USA Must Fight for ‘Access to the Digital World for Everyone, Regardless of Politics’ https://t.co/TxPhfTxODZ

Just touched down in Orlando. Can’t wait to speak at @CPAC tomorrow about what we can do to protect our liberty and freedom! pic.twitter.com/jUyWy4BBv3

"The first 30 days has been a disaster." @DonaldJTrumpJr explains how Joe Biden's presidency is going so far. #CPAC2021 #AmericaUnCanceled pic.twitter.com/C4YkPoDQZr

VIDEO - DeSantis: ‘Every Floridian Has a Right to Earn a Living and All Businesses Have a Right to Operate’ @RonDeSantisFL https://t.co/UvloXvGWzd

Authored by Martin Sieff via The Strategic Culture Foundation,

California is in terminal collapse and crisis. Governor Gavin Newsom, farcically promoted by the national Mainstream Media (MSM) as a heroic White Knight in Shining Armor in the early days of the COVID-19 pandemic last spring has been exposed even in his own state as a catastrophic bungler and hypocrite who has never had a clue what he was – or more usually was not – doing.

Email ThisBlogThis!Share to TwitterShare to FacebookShare to Pinterest
Story Time With Titania McGrath

One of the most successful parody accounts on Twitter, Andrew Doyle’s invention offers a picture of intersectional activism’s most deranged impulses.

Stripped to its bare essentials, the question of both the First and Second Amendments is one of power. Can ordinary people be trusted with it. Or ought it to be under the supervision of government officials.

As Second Amendment advocates rightly predicted, those who didn't trust people with guns, also don't trust them with speech.